Skip to content
We all have an album that we played over and over when we were teens. The One you still know every song of, every comment by the band, every reaction of the audience, every sound, by heart. Mine is Under A Blood Red Sky by U2 (mini live album). This is so powerful, so energetic. Each time I play it I feel that I am part of the incredibly lucky audience with whom the band is communing. 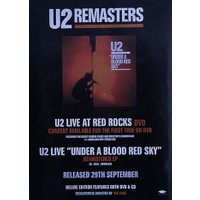 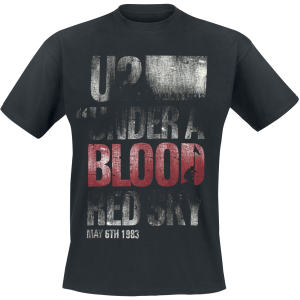 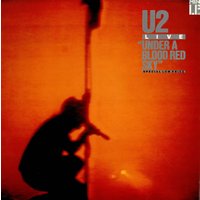 £10.00
Recorded during the War tour in Denver, Boston and Germany and released at the end of 1983 at a time where U2 had not yet gained the super-band status, this amazing album achieved just that. It was a turning point in establishing U2’s reputation as a true super-band one has to go and watch live! In my humble opinion some live renditions in this album are much better than their studio versions. Have a go at the incredibly powerful ´Sunday Bloody Sunday´, ´Gloria’, ‘I will follow’ or ´New Year’s Day’ to best understand that! I used to be a DJ during my studies and I must confess that I never ever played a studio version of any U2 track. Just this bloody, mythical, live album !