Skip to content
Released in April 1972, Manassas is the first album of Stills side project Manassas. It was an instant success, acclaimed by critics and awarded gold just a month after its release. There are many good reasons for this album to be in your collection of vinyls!

First, each of the four sides addresses one of the period’s musical trends in American music, making it a unique melting pot of rock, Latino, country, bluegrass, folk tunes. Each of them a piece of art !
Sale! 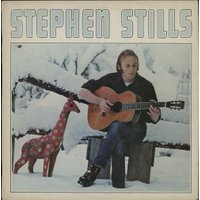 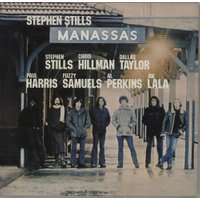 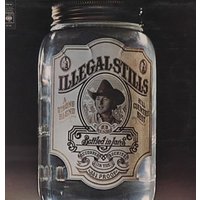 £15.00
Then, the musicians ! Assembled around Stills and Chris Hillman (ex Byrd) are the super talented Dallas Taylor, Paul Harris, Fuzzy Samuels, Al Perkins and Joe Lala. Have a go at track ´Rock & roll crazies / Cuban bluegrass’ for a taste of pure musical joy! Worth noting that the Rolling Stones’ Bill Wyman plays bass on and is credited for ´the love gangster’. Alas, the band was short lived with just another album before vanishing.

Stephen Arthur Stills (born January 3, 1945)[2] is an American singer, songwriter, and multi-instrumentalist best known for his work with Buffalo Springfield and Crosby, Stills, Nash & Young. Stills’s solo career and bands have combined sales of over 35 million albums. Stills was ranked number 28 in Rolling Stone‘s 2003 list of “The 100 Greatest Guitarists of All Time”[3] and number 47 in the 2011 list.[4] He became the first person to be inducted twice on the same night into the Rock and Roll Hall of Fame. According to Neil Young, “Stephen is a genius.”[5] Beginning his professional career with Buffalo Springfield, he composed one of their few hits “For What It’s Worth“, which became one of the most recognizable songs of the 1960s. Other notable songs he contributed to the band were “Sit Down, I Think I Love You“, “Bluebird” and “Rock & Roll Woman”. According to bandmate Richie Furay, he was “the heart and soul of Buffalo Springfield”.[6] After Buffalo Springfield disbanded, Stills began working with David Crosby and Graham Nash as a trio called Crosby, Stills & Nash (CSN). Stills, in addition to writing many of the band’s songs, played bass, guitar, and keyboards on their debut album. The album sold over four million copies and at that point had outsold anything from the three members’ prior bands: the Byrds, Buffalo Springfield, and the Hollies. The album won the trio a Grammy Award for Best New Artist. Stills’s first solo album, Stephen Stills, went gold and is the only album to feature both Jimi Hendrix and Eric Clapton. Its hit single, “Love the One You’re With“, became his biggest solo hit, peaking at number 14 on the Billboard Hot 100.[7] A string of solo albums, and a band with Chris Hillman called Manassas, followed in 1972. In summer 1974 Young reunited with CSN after a four-year hiatus for a concert tour which was recorded and released in 2014 as CSNY 1974. It was one of the first stadium tours and the largest tour the band has done to date.[8] CSN reunited in 1977 for their album CSN, which became the trio’s best-selling record. CSN and CSNY continued to have platinum albums through the 1980s.