Michael Jackson Scream Vinyl, a compilation featuring 13 of his “most electrifying and danceable tracks” has been released on a glow-in-the-dark vinyl on 27th October 2017.

“The choice of tracks for SCREAM reflects The King of Pop’s affection for this time of the year and its themes of costumes and disguise, darkness and light, character transformations and surprise.” 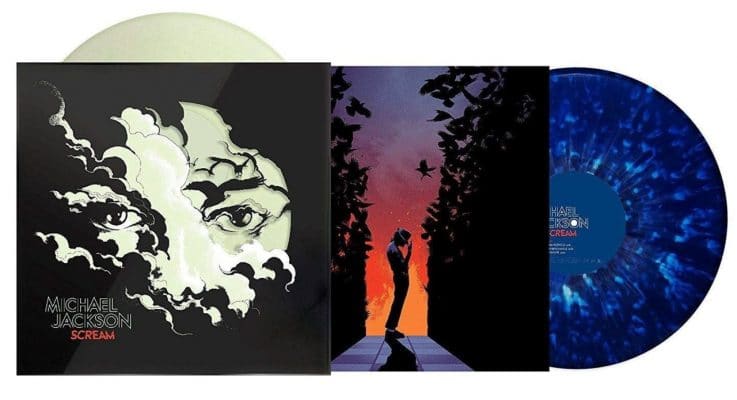 “You know the one where Michael Jackson dresses up as an old white guy and dances in a haunted house?” is a thing I’ve said to countless people about the short film Ghosts. But every time I mention this Michael Jackson and Stephen King collaboration, no one knows what I’m talking about.

That’s right, the King of Pop and the Master of Horror made a short film together in 1996. While the film used to have 14 million views on YouTube, I’ve only met one other person who can slightly recall the movie. And even if you have seen it, I doubt you remember just how bizarre it is. In honor of Halloween, I’m revisiting this 15-year-old movie to figure out why it’s been forgotten.

A Glow in the Dark LP

The LP also includes a “high-energy five-song mashup from the acclaimed remixer The White Panda who created a seamless new musical experience.” The track features parts of ‘Dangerous’, ‘Blood On The Dance Floor’, ‘This Place Hotel’, ‘Leave Me Alone’ and ‘Is It Scary’, combined into a new 3 minute 40-second song.

Pre-order a copy here below and check out the tracklist below:

3. Blood On The Dance Floor