Guess our Team’s top 3 Classic Rock Vinyl. Manu, Steve, Dora, Leila, all have their favorites albums listed to help you. Pick the best Vinyls on our Soundorabilia collection. 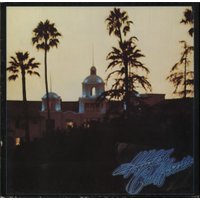 Hotel California marked guitarist Joe Walsh’s band debut, whilst also the final LP with bassist Randy Meisner. The album was recorded at Criteria Studios, Florida and Record Plant Studios, California with producer Bill Szymczyk who had also worked on the Eagles’ previous record, One Of These Nights. Recording sessions at Criteria Studios were often disrupted by the noise from Black Sabbath working on Technical Ecstasy in the studio next door. 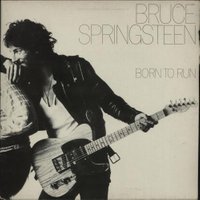 After nearly 40 years of consistent veneration from critics and fans alike, there’s little left to say about Born To Run. In just eight tracks, Bruce and the E Street Band constructed a nearly perfect album—dynamic in its instrumentation, euphoric in its lyricism, contradictory in its youthfulness and maturity and iconic in its metaphors and imagery. From the first piano notes in “Thunder Road” through the soul-stirring saxophone solo that closes “Jungleland,” Born To Run captured the collective mindset of a generation and perpetuated it through many more. —Hilary Saunders 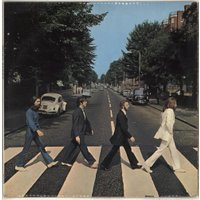 In a decade defined by sweeping cultural paradigm shifts, The Beatles’ music helped the world’s youths make sense of the changing times around them. The Fab Four’s golden years took place from approximately 1965-1969, during which they transformed themselves and continually progressed on the grandest of scales. As John Lennon, Paul McCartney, George Harrison and Ringo Starr went from delightful hand-holding mop-tops to psychedelic luminaries, they offered a way for the world to understand the complex and radical changing of the guard. While it could be said that The Rolling Stones were the purest rockers, The Beach Boys were the more innovative group or that Dylan was the lyrical visionary of his era, no other band had defined their generation like The Beatles. For all intents and purposes, the arguments made for ‘the best album of the 1960’s’ and ‘the greatest Beatles album’ are one in the same. Cases could be made for Rubber Soul, Revolver, The Beatles (White Album) or Abbey Road to claim this spot. No record, however, quite encapsulates The Beatles and what they represented the way that Sgt. Pepper’s Lonely Hearts Club Band does. Falling in the middle of their fruitful, mid-’60s run, The Beatles continued Revolver’s experimental production techniques, sprinkled in lyrics that ranged from everyday life to drug usage, and combined genres including infectious pop, traditional Indian music and straightforward rock ‘n’ roll. Like the album’s iconic artwork, the group’s music offers a brilliant and spontaneous sonic hodgepodge, cohesively sewn together and perfectly soundtracking the ever-changing times of the 1960s.—Max Blau

One thought on “Classic Rock Vinyl – Our Top 3”